SANTA CLARITA, Calif., Jan. 25, 2023 /PRNewswire/ -- HPD today released a 48-minute documentary providing an inside view into the development of the Acura ARX-06 prototype racing car debuting this weekend at the Rolex 24 at Daytona.  Meyer Shank Racing and Wayne Taylor Racing with Andretti Autosport will campaign the new car in the GTP class of the 2023 IMSA WeatherTech SportsCar Championship season. 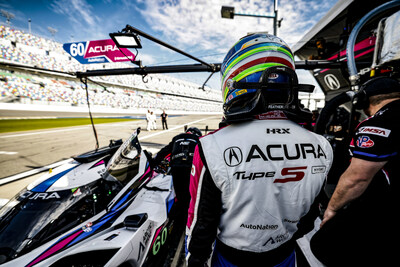 On Sunday, January 22, 2023 Tom Blomqvist qualified on the pole for the GTP class in the Meyer Shank Racing Acura ARX-06 for the endurance racing classic.

The film highlights the initial concepts and goals for the ARX-06, as well as design, development and testing.  The origin story places the ARX-06 in the line of Acura sports cars dating back to the original Acura ARX-01 of 2007.  Styling, aerodynamics, power unit, integration and simulation techniques, challenges and triumphs are highlighted in the film through the eyes of the hard-working men and women responsible for the creation of the Acura ARX-06.

Acura's newest prototype racing car follows in the footsteps of the ARX-05, which won the past two Rolex 24 Hours at Daytona races overall and three of the past four IMSA WeatherTech SportsCar Championship manufacturers' titles.  The ARX-06 debuts with the inception of the new GTP class in IMSA, which is the preeminent North American sports car racing championship.