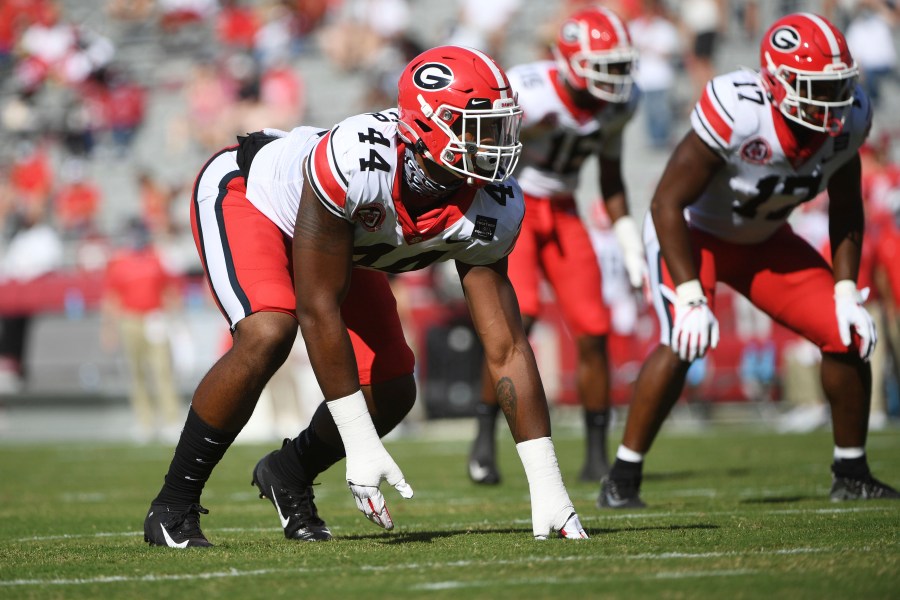 It’s the second consecutive year Jacksonville has selected first overall after yet another tumultuous season that saw their first-year head coach fired before the season even ended.

Last year, they took the quarterback from Clemson, Trevor Lawrence, to no one’s surprise. In 2022, however, the choice wasn’t always as clear as it was in 2021.

With their quarterback of the future in Lawrence, all signs seemed to point to either of the top ranked offensive tackles, North Carolina State’s Ikem Ekwonu or Alabama’s Evan Neal.

However, the Jags signed veteran left tackle Cam Robinson to a 3-year, $54 million extension on Wednesday, making it clear the pick would be used to rush the other team’s quarterback.

Walker has raw talent and speed for his size, outrunning multiple wide receivers with a 4.51 40-yard dash time. He’s muscular and fluid, with the traits NFL teams look for in an edge rusher.

He’s still raw and needs some work, but his overall athleticism and 6-foot-5, 272 pound with incredible speed make him ideal for Jacksonville.

Asylum-seekers sleep on street as shelters fill up

Drexel childhood friend: ‘We can close this chapter’

Arrest made in Brittanee Drexel disappearance and …

Evacuations underway as multiple fires pop up across …

Heat wave drives up temps and business for Abilene …

The Abilene Community reacts to the return of Bird …

All about the Big Country’s Mother’s Day weekend …

DONATE: How to help fire-devastated communities

Stay-cation ideas for Spring Break in the Big Country

‘Not one person has been notified’: Abilene Regional …